History of the Conservation Board System in Iowa 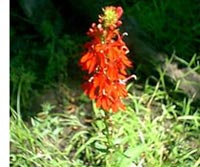 The passage of this bill made possible Section 111A (now Section 350) to the Code of Iowa. This section established specific purposes of the conservation board program. It reads, "...To create a county conservation board. To authorize counties to acquire, develop, maintain, and make available to the inhabitants of the count, public parks, preserves, parkways, playgrounds, recreation centers, museums, county forests, wildlife, and other conservation areas, to promote and preserve the health and general welfare of the people, to encourage the orderly development and conservation of natural resources, and to cultivate good citizenship by providing adequate programs of public recreation."

The broad purposes of this section allow for a great diversity in conservation boards throughout Iowa.

History of the Butler County Conservation Board

The Butler County Conservation Board was created by a majority vote at the General Election held on November 6, 1956. On January 15, 1957, the Butler county Board of Supervisors appointed 5 county residents to the new board.

In it's first year, the Conservation Board purchased a total of 52 acres in two different locations. In 1958, a third area was acquired and a parks maintenance worker was hired at a rate of $15 per day.

By 1974, the Conservation Board managed 9 areas and the dam and powerhouse at Greene. With more work than could be done by the board members, the first full-time executive director was hired.